Rogueland is a 36 page rules-light, tabletop role-playing game. Based on Ben Milton's Knave, with modifications that focus on:

This game uses player-facing, roll-high, d20 mechanics, and is broadly compatible with other OSR games and source materials.

You can find physical copies at these retailers. This list will be updated as they become available:

In order to download this RPG you must purchase it at or above the minimum price of $4.99 USD. You will get access to the following files:

Support this RPG at or above a special price point to receive something exclusive.

Every sale of this game contributes to the freely available community copies.

If you are unwilling or unable to pay the asking price at this time, or just find yourself wanting to take a look before buying, use this to claim one of the copies that have been donated by others.

If you like what you receive and are in a position to do so at a later time, coming back and paying for a copy is greatly appreciated and will help others as well.

I did a review as part of #HallowZine

Hi, I want to translate your product, do I talk here?

This game is amazing.  It's a great system to base a custom world on or convert old school modules like "Keep on the borderlands"...or both!

My question is how to resolve PvP scenarios and monster/recruit conversions.

I have players who like to fight each other and NPCs in the world, but also some NPCs might join them.

For example, let's say our Heroes beat up a bandit who tries to rob them on the road. They are beaten so soundly they are inspired to follow the heroes as a lacky. If the bandit's level is within charisma allowances how would you convert monster-bandit to recruit-bandit?

Also if one player with sticky fingers gets caught stealing coins from a purse that belongs to another player, how would we resolve the inevitable smack down that must occur?

Thanks for creating this game! The artwork is cool and the rules simple enough for my video game corrupted kid to get involved yet complex enough to support any house rules or additions ( like meta-race or skills) if you really want them.

I highly recommend this game for people new to role-playing games and for those who dislike clunky rules that bog down a game and get in the way of the action and story.

Thanks for this wonderful wee game!

I just have a few quick questions:

2. In regards to Rogue Magic - "for actions that act on multiple objects, roll multiple times for the included objects" - Could clarify what this means with an example from the table please?

Thanks again for all your work on this, it's really brilliant!

Reply
Caverns of Heresy1 year ago(+1)

Thanks for checking the game out! Glad you're enjoying it.

1. Yeah - as you level up, you'll be casting spells at higher damage and healing values, so those miscasts will also hurt more when they fail. Same concept for attempting to attune and conjure magic items.

2. An example of this would be if you rolled a 3 on the Action column, which is "Combine". You "combine" more than one thing, so you could roll multiple times on the Object column to determine which things are combined: maybe you roll a 2 and 6 on the Object column, Water and Mind/Senses, which you interpret as gaining the ability to know where the nearest source of water is at all times. This is also very much an interpretable thing, so you could also just roll once for an Object and then use your surroundings for the other object to combine...totally up to the caster and how you want to handle those situations.

Hope these help. Feel free to ask more if needed!

That all makes sense! Thanks for responding!

Will we see a physical reprint of this? Very impressed by this cool little game!

Reply
Caverns of Heresy2 years ago(+1)

Hey thanks for the interest! I still have some physical copies available through my Big Cartel shop: https://cavernsofheresy.bigcartel.com/

Thanks for the reply. Unfortunately you do not ship to Denmark, it seems.

Will have to make do with the PDF.

Reply
Caverns of Heresy2 years ago

Ah, you're still in luck! There will be some copies available soon at https://www.citycomics.eu/ . They should become available whenever their shipment arrives, hopefully next month. I'll make a post about that when they do get added to their site.

Reply
Caverns of Heresy2 years ago(+1)

Hey there! I thought I'd let you know that https://www.citycomics.eu/ has a few copies up at their website now.

This is a sweet game! Posted a fairly substantial write-up at https://perplexingruins.blogspot.com/2020/12/review-rogueland.html

I totally dig this.

Reply
Caverns of Heresy2 years ago

Thanks for checking it out! 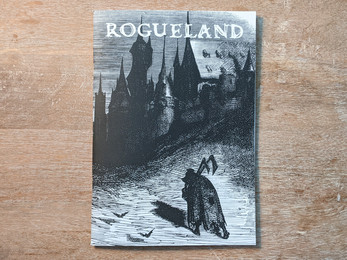 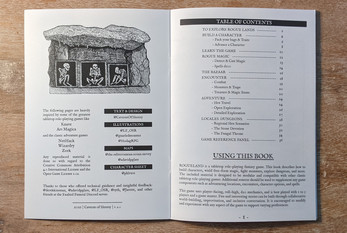 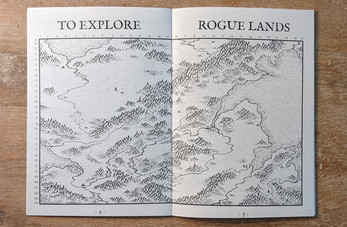 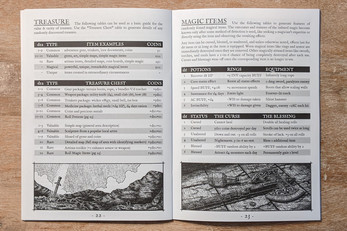 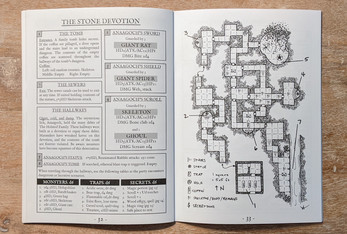 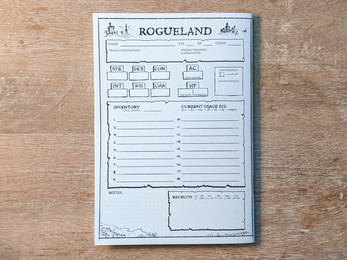 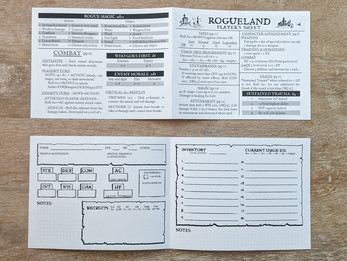